Admiralty, or maritime law, is the body of private law that governs navigation and shipping in each country. Admiralty states that a ship's flag or registry determines the source law. A ship that flies the American flag in European waters, for example, is subject to American admiralty laws. This applies also to the criminal law that governs the crew of the ship. 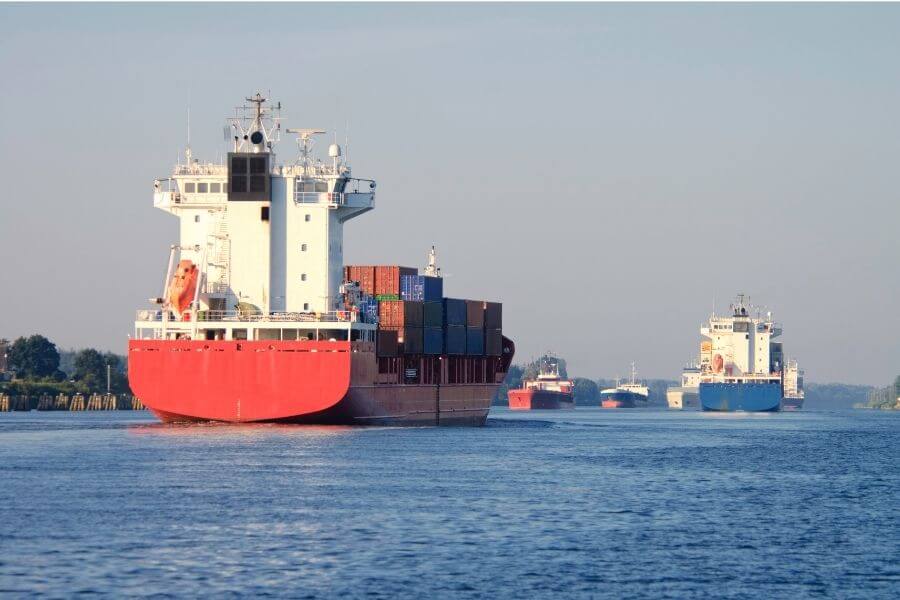 You may not be a marine worker or boating enthusiast, but accidents and injuries that happen on navigable waters are covered by different laws to those that occur on land. Madalon Law's maritime lawyers can help you understand and navigate the complexities and maritime law to seek compensation for any damages sustained while participating in maritime activities.

Maritime law refers to the private law of shipping and navigation. It is a special set of rules governing contract, tort (such as personal injury), and workers'-compensation claims arising from injuries sustained on or over navigable water. It can also include incidents that happen on or near inland waters. The maritime law regulates shipping, navigation, recreational boating and towing as well as commerce in domestic and international waters. This covers natural waters, lakes, and navigable waterways, as well as man-made ones like canals.

Both crew members and passengers aboard a vessel have the right to claim compensation for injuries sustained under maritime law. Loss of wages, medical expenses, as well as emotional damages, can all be covered. Admiralty jurisdiction also covers many injuries that occur on land, but are somehow related to work on vessels or cruise activities.

All maritime claims are subject to the federal law of admiralty. Parties can bring most maritime cases, such as those involving cargo damage, personal injury and collisions with marine vessels, to either federal court or state court. However, the states must still adhere to admiralty law in these cases.

In U.S. Admiralty cases, injured parties are generally not entitled to trial by jury. A personal injury case brought against a shipowner or employer by a seaman, or maritime worker, is not subject to the Jones Act. These claims can be tried in state courts, before going to juries, if they are allowed under the Merchant Marine Act.

Maritime law allows maritime workers to receive compensation for injuries sustained while working on ships. If the vessel or its appliances are not seaworthy, the ship owner could be held responsible for the injuries.

The Principle of Maintenance & Cure, which is the maritime equivalent of worker's comp, is called "The Principle Of Maintenance and Cure". This maritime law element requires that a ship's employer or owner compensate a seaman for medical care and basic living expenses. While not all maritime workers are considered "seamen", the Longshore and Harbour Workers' Compensation Act provides similar protections to maritime workers who work in navigable waters, but do not spend the required time onboard a vessel to qualify for the status of seamen.

Many maritime cases involve injuries suffered by passengers aboard vessels like charter boats, cruise ships, ferries and personal watercraft. These vessels' owners must take reasonable care in transporting passengers. Passengers may sue the ship owner for negligence that causes injury. These suits must be filed within three years. However, many cruise lines require passengers to read fine print on their tickets. This requires that cases between cruise line and passengers be heard under Florida law. Florida has a one-year statute of limitations. Many cruise line tickets require that suits be filed in Miami or Seattle.

You may be eligible to seek compensation from the dock, marina, or ship owners if you or a loved one has been injured or lost due to an accident while diving or on a boat. You could be eligible for damages for medical expenses and pain and suffering as well as lost earnings.

What Is Maritime Law?

Maritime law (also known as admiralty or maritime law) is a collection of laws, conventions and treaties that regulate private maritime business as well as other nautical matters such as shipping and offences on open waters. The Law of the Sea is an international set of rules that govern the use of the seas and oceans.

The maritime law in most countries is a separate code that is independent of national laws.

The IMO maintains the integrity of international maritime conventions and creates new agreements as necessary.

The maritime law in most countries follows a separate code. It is independent from national laws. Through the International Maritime Organization, the United Nations (UN) has published many conventions that can easily be enforced by coast guards and navies of the countries that have signed these treaties. Many insurance claims related to ships and cargo, civil matters between seamen and shipowners, as well as piracy, are governed by maritime law.

Maritime law also regulates the registration, licensing, inspection, and inspection of ships and shipping contracts, maritime insurance, and the carriage and movement of passengers and goods.

Established in 1948 as Inter-Governmental Maritime Consultative Organization and entering into force in 1958, the IMO is responsible for ensuring that international maritime conventions remain up-to-date and developing new agreements when necessary.

There are many conventions that regulate all aspects of maritime transport and commerce. Three conventions are the core of the IMO.

A ship's nationality is determined by the country where it was registered. The country in which the owners reside and run their businesses is the national registry for most ships.

Contact us to learn more about our credentials
lET'S GO

By clicking the Submit button, I consent to being contacted by Select Justice, LLC, AAL Media, LLC, LeadClient, Inc. or a law firm at the number I provided. I also consent to receiving advertisements and telemarketing messages by text message or pre-recorded call, either of which may be dialed by an autodialer. I acknowledge that my consent is not required for purchase, that standard message and data rates apply, and that clicking Submit constitutes my electronic signature for my consent to being contacted and my agreement to the Terms and Conditions.

Submitting this form and the information contained therein does not establish an attorney client relationship. The information submitted may be reviewed by more than one attorney and/or law firm. By submitting this form, you understand any information received in response to this questionnaire is general information for which there will be no charge. You further acknowledge that the law for each state may vary, and therefore, you will not rely upon this information as legal advice. Since this matter may require advice regarding your home state, local counsel may be contacted for referral of this matter. By clicking Submit, you acknowledge that the information viewed is advertising and you agree to receive future advertisements from Select Justice, LLC and/or its partners.