What is The Jones Act?

The Jones Act is an important piece of United States legislation from 1920. The law supports the American Merchant Marine, while providing additional protections for sailors and crews of large ships. There are several clauses in the Jones Act that set a precedent, as they went above and beyond similar protective clauses under international maritime law.

The Jones Act and the benefits it provides are complex. Individuals who work in the maritime industry who are eligible for claims under the Jones Act should always consult an attorney who is familiar with the Jones Act.

The Jones Act is officially titled the Merchant Marine Act of 1920. It came to be known as the Jones Act because of Senator Wesley Jones, who was the person who sponsored it. The act was passed in response to concerns about the health of the Merchant Marine, and to establish protections for sailors. Before the passage of the Jones Act, sailors who were injured on the job had few options for recovering damages or getting assistance. The Jones Act  recognizes the inherent danger of working at sea and the value of trained seamen and set up a system of benefits for sailors.

Two parts of the Jones Act are of particular historical importance:

The first part is the fact that the Jones Act heavily promoted American built, owned, and staffed ships. This was accomplished by restricting shipping and passenger trade within the United States to American owned or American flagged ships, and specified that 75% of the ship's crew must consist of American citizens. The use of foreign labor and parts in ship construction and repair was also greatly restricted. This section of the Jones Act was intended to create a strong, well staffed Merchant Marine which could  serve the United States well during both peace and war.

The second section of the Jones Act that is important created benefits for sailors which are very far reaching. Any sailor who is injured at sea is entitled to cure and maintenance. This means that the sailor's employer must pay him or her a daily amount and provide medical care to treat the injury. In addition, sailors can sue for damages if their injuries were caused by negligence on the part of the ship's owners, other crew members, or if they sailed on unseaworthy vessels. In the event that a sailor is killed on the job these damages also include death benefits.

Any person who spends at least 30% of his or her time in active service on a Merchant Marine vessel can qualify for benefits from the Jones Act. This includes all staff on board a ship, from the Captain to everyone else down. If a skilled attorney is involved the benefits provided by the Jones Act can be significantly higher than benefits for workers on land. 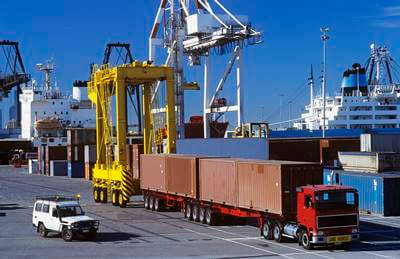 Who Is Covered Under The Jones Act?

The Jones Act is a type of federal law that regulates United States shipping in water areas. Certain sections of the Jones Act provide protection to workers who are injured during the course and scope of their employment. The Jones Act refers to workers as "seamen" and employers as "ship owners." However, today courts have expanded that type of definition of seamen and ship owners to include many occupations and places of work that do not fall within the customary terms of "seaman" and "ship owner."
Examples of Maritime Injury Occupations Include:

About Your Jones Act Maritime Injury

If you or  someone close to you has been injured while working offshore or on America's inland waterways you will need information and support on what to do next. You don't want to make mistakes.

Usually, the most important element of any Jones Act case is the measure of future wage losses. Obviously, maritime workers who have been on the job for a long period of time can earn a very good living. If an injury physically prohibits any worker from returning to work on a vessel, the difference between the earnings of the worker before the injury and after the injury are determined and then they are multiplied by the worker's expected work life.

For example, if a seaman that was making $90,000 a year is injured and can only return to work to a job making $7,000 a year, the worker has a $83,000 year wage loss. If the worker is twenty-seven years old, his work life may be 38 years, and the future wage loss is a very important amount.

Federal law states that any award for future wages must be reduced to present value and reduced even further for the taxes the seaman would have to pay on his wages. That means an accounting or economic professional must calculate what sum of money paid today would deliver a stream of payments into the future that would equal to the amount the worker could have earned if he stayed on the job.

We understand that if you have suffered a maritime injury you may have read many maritime injury lawyer websites by now which state that they want to help you recover what's rightfully yours. Still you may be confused and would like to receive some “straight talk” advice to make the right decision.

It is important to understand that many employers and insurance companies will try and place blame on each other to avoid paying.  Usually, their final objective is how to get out from under further responsibility for the injured person as quickly and as cheaply as possible. What's in the "best interest" of the injured has never been an insurance companies or employers' concern. 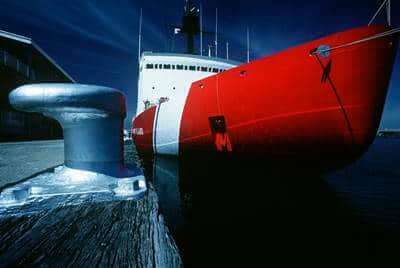 Who Is Covered Under The Jones Act?

How to Beginning Your Jones Act Injury Case

To  begin your Jones Act injury case the first thing you will need to do is retain an experienced attorney skilled in maritime injury law to look after your interests. This is an easy process that usually just requires a brief phone call on your part and is free of charge. During the phone consultation a discussion regarding the circumstances of your injury will take place and then you will be advised as to whether you have a pursuable claim.

What does a Maritime Injury Attorney charge?

All Jones Act injury lawyers operate on something called a contingency basis. This means that they work for a certain amount of your settlement that you win. This works out well for you because If there is no settlement then you owe them nothing. Typically a meeting with a maritime attorney, whether it be in person or phone, is free. In this initial consultation the attorney will ask you different questions and will also answer any questions that you have. By the end of the consultation the lawyer will be able to tell you if you have a maritime injury claim.

The standard fee of most maritime injury lawyers is 33% of the injury settlement amount if settled without a lawsuit & 40% if your Jones Act claim goes into a lawsuit. However like all things in life, this fee might be negotiable.

It is important that you find an attorney that is going to handle your full Jones Act case from start to finish and then negotiate.

However please keep in mind that there is a good deal of cost involved in getting you your settlement. Therefore, not all of that percentage is profit without work and a good maritime injury attorney does earn his/her money. Finding a good attorney at 33% will often get you much more than retaining a poor attorney for just a 15% fee. Jones Act settlement amounts can be huge, often in the amounts of millions of dollars, so you want the best possible attorney representing you.

Why Should I Hire A Jones Act Lawyer?
If you are lucky and the company you work for is already taking good care of you then you may be asking yourself, do I even need a lawyer? The answer is yes because under the Jones Act you may be entitled to a lot more than just having your medical bills provided for and a small weekly check while injured. Jones Act (maritime injury) cases often run into the millions of dollars worth.

The Jones Act is a "fault based" law, which basically means that if your injury was caused by no fault of your own, you are entitled to more money. Many employers do not want people to understand this. They don't want people to seek legal advice or even file a claim. Employers basically want any injured person off their books as cheaply as possible.

Under The Jones Act You Are Generally Entitled To The Following:

How is The Jones Act Different From Workers Compensation?

Under the Jones Act a worker receives something called "Maintenance and Cure". Look at  'Maintenance" as the weekly pay check a land based worker receives under Workers Compensation but with one big difference. The 2/3 of normal pay that all land based workers receive is not available to a maritime worker. It is not even close. In fact the daily maintenance paid to a maritime worker averages only $10-$35 a day! Could you pay your bills and provide for your family on $10-$35 a day? Yet, that is all the employer is required to pay by law. Many times when an employee has a very good Jones Act case an employer will pay that employee his or her regular wage or a percentage of it while he/she is recovering to try and prevent him or her from exploring the available options and rights granted under the Jones Act

"Cure" refers to the medical bills of the injured person. An employer is required to pay medical expenses for an injury or illness that was suffered while working.

These are examples of Jones Act cases that could receive a great deal of money. Jones Act cases often run into millions of dollars and every year there are thousands of injured workers who do not pursue the opportunities they have with the benefits that are entitled to them.

The frame of mind seems to be that the company is being good to me and paying my medical bills and I don’t want to get another worker in trouble for something they did.

Before hiring a Jones Act injury attorney you should ask these questions:

Contact us to learn more about our credentials
lET'S GO

By clicking the Submit button, I consent to being contacted by Select Justice, LLC, AAL Media, LLC, LeadClient, Inc. or a law firm at the number I provided. I also consent to receiving advertisements and telemarketing messages by text message or pre-recorded call, either of which may be dialed by an autodialer. I acknowledge that my consent is not required for purchase, that standard message and data rates apply, and that clicking Submit constitutes my electronic signature for my consent to being contacted and my agreement to the Terms and Conditions.

Submitting this form and the information contained therein does not establish an attorney client relationship. The information submitted may be reviewed by more than one attorney and/or law firm. By submitting this form, you understand any information received in response to this questionnaire is general information for which there will be no charge. You further acknowledge that the law for each state may vary, and therefore, you will not rely upon this information as legal advice. Since this matter may require advice regarding your home state, local counsel may be contacted for referral of this matter. By clicking Submit, you acknowledge that the information viewed is advertising and you agree to receive future advertisements from Select Justice, LLC and/or its partners.